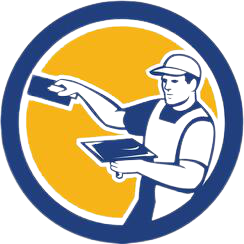 There is a lot of allure in stucco.  It has a classic look, with an ornate, intricate texture that has defined the American Southwest for decades.  It’s also a durable, easy to maintain coating that provides a lot of protection to your property from the elements.  The materials it’s made out provides a great shield against the heat of the sun, and, if properly maintained, it can last for over 50 years, with little stucco repair.

However, while it all pretty much looks the same, with its telltale contours, and rustic finish, when you hire a stucco contractor, they’re going to ask if you want traditional, or EIFS, also known as synthetic.

At its core, it is a mixture of Portland cement, lime, sand, and water. Sometimes gypsum is added as well.  When mixed, it forms a plaster-ish material that can be applied to interior and exterior walls, ceilings, and other appropriate surfaces.  It’s a very common substance, with a tried and true history.  And because of this, there are many skilled stucco contractors out there.

What is EIFS Synthetic?

EIFS stands for External Insulation and Finishing Systems.  While the traditional stuff is applied more liberally, EIFS added in layers.  At first, a polystyrene board is fixed to the surface, which a layer of EIFS is applied to.  Next, a fiberglass mesh is added, which a finishing coat of synthetic is then added.  Some property owners will go the extra mile, and add a water resistant barrier, or additional layers for increased protection.  It’s hard to tell the difference between the two upon a cursory look.

The Advantages of Traditional

It’s quicker to add to your surface, requiring less layering.  Additionally, since it’s been around for a while, most contractors who do cement can work with the traditional stuff.  It’s also cheaper than EIFS since it’s just Portland cement, plus some common minerals, plywood. and mesh.

It also hardens really fast, it’s easier to repair due to its availability, and when it’s time to do stucco repair, it’s more available.  Additionally, if you’re looking to do decorative stucco, it’s easier to work with since it is essentially just globs of cement and not a complex substrate like EIFS.

The Advantages of EIFS

People opt in for EIFS because it’s more durable.  By using a polystyrene backing, multiple layers, and fiberglass frame, it creates a more insulating layer that seals better against the elements, such as water.  This also makes it more flexible, allowing it to move as your house naturally shifts due to movement in the earth, or as the temperature changes outside. Additionally, due to its flexibility, when you need stucco repair, you may not require as much construction, as it may be as simple as replacing a panel, instead of removing an entire wall.

When a restucco is necessary, many times it requires the entire surface it’s on to be replaced.  This is because it’s easier for water to get in, which spreads throughout the entire surface, and degrades the material from the inside out.

Additionally, it’s more prone to damage from fluctuating temperature changes and erosion.  This can make it difficult to maintain in certain climates, such as in Santa Fe, where it can go from hot to cold relatively quickly.

Stucco is a plastering material used for exterior and interior finishing. Unlike regular plasters, properly finished ones are durable, beautiful to look at, and easy 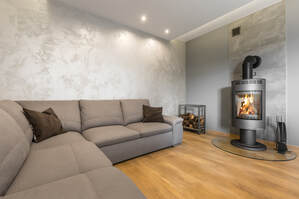 The Difference Between EIFS and Traditional Stucco

There is a lot of allure in stucco.  It has a classic look, with an ornate, intricate texture that has defined the American Southwest for 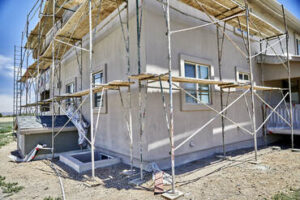 Does your Stucco need refreshing?

Are you tired of your outdated and weather beaten stucco?  There is a way to freshen the appearance and have your home looking like new.  Stucco

Stucco Contractors Santa Fe has been serving the Santa Fe area with quality stucco and plastering services for many years and continues to do so with the same standard of service that we always have.